The Havens East project, which will take place across 2020, aims to uncover the stories of the children, who were from the Basque region of northern Spain, and the local volunteers in Cambridgeshire and Norfolk who worked tirelessly to help them.

Activities will take place across the region with specialist teams working in Norfolk and Cambridgeshire with citizen researchers, local schools, refugee groups and heritage supporters, including BCA’37 UK, The Association for the UK Basque Children.

The Norfolk strand of the project will focus on the boys based at Oakley Park, near Hoxne, on the Norfolk-Suffolk border, who then moved to Rollesby near Great Yarmouth. The project will shed light on the everyday life and culture of the boys, and draw on documentary and living testimony to look at the relationship between the colony and the local community.

As part of Amnesty International’s Football Welcomes Refugees 2020, the project will also recreate an historic football fixture. The Basque Boys beat a local Great Yarmouth Boys XI 8-2 at the Wellesley Ground, Great Yarmouth on 21 October 1937, and then triumphed 9-0 in a rematch played on the same ground on Boxing Day 1937.

Norfolk researchers will look at the local volunteers, now largely forgotten, who worked tirelessly for the welfare of the children and also focus on the efforts in Norwich to provide wider support to the people caught up in the Spanish Civil War, including the local ‘Aid Spain’ initiatives. 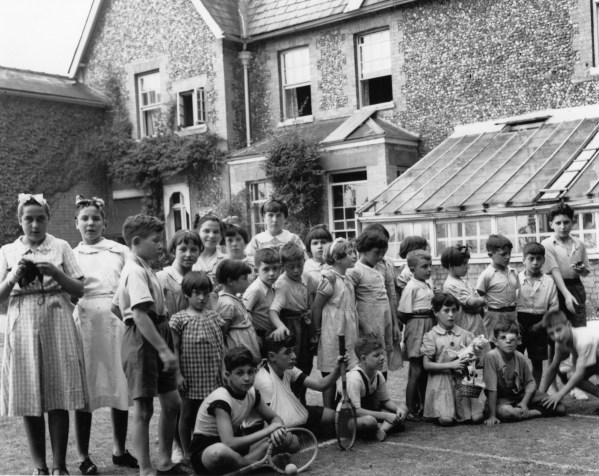 The Cambridgeshire strand will draw on ‘A Tale of Two Hostels’, a previous National Lottery Heritage Fund project. The new research will focus on the stories of the local volunteers as well as the children who remained in the region after the war had ended, such as the Gallego brothers, Joe and Tony, who played football for Cambridge United, Cambridge Town and Norwich City.

Participants will create a showcase event, heritage publication, and exhibitions in Norwich and Cambridge to support Refugee Week 2020. They will also work with Schools of Sanctuary to produce learning and teaching materials to support Norfolk Welcomes 2020, a day of action to raise awareness of issues of migration and sanctuary-seeking experience, past and present. The project will also launch a seed version of Cambridgeshire Welcomes 2020, in collaboration with Cambridge Schools of Sanctuary.

Dr Baxter said: “We are thrilled to have received this support thanks to National Lottery players. The heritage stories we want to preserve are severely at risk because of the advanced age of the Basque children and members of the local communities that served them, all of whom will now be in their 90s.”

If you or a family member helped to look after Basque refugees during the 1930s, please contact the project leader Jeannette Jeannette.Baxter@anglia.ac.uk as Havens East would love to hear your story.

Jeannette Baxter is Research Convenor in the Faculty of Arts, Humanties and Social Sciences at Anglia Ruskin University. Her research and teaching expertise includes many areas of 20th-century and contemporary fiction, including literary and visual responses to war (from WWI to present conflicts), literatures of exile and migration, Anglo-American and European literary Surrealisms, and the relationship between modern and contemporary literature and fascisms. She is Director of ‘New Routes Old Roots', an ARU research hub for students, artists, schools, museums and communities exploring issues of migration, exile and marginalisation through creative-research practices.