Story Circles: Our Lives, Our Stories, Our City 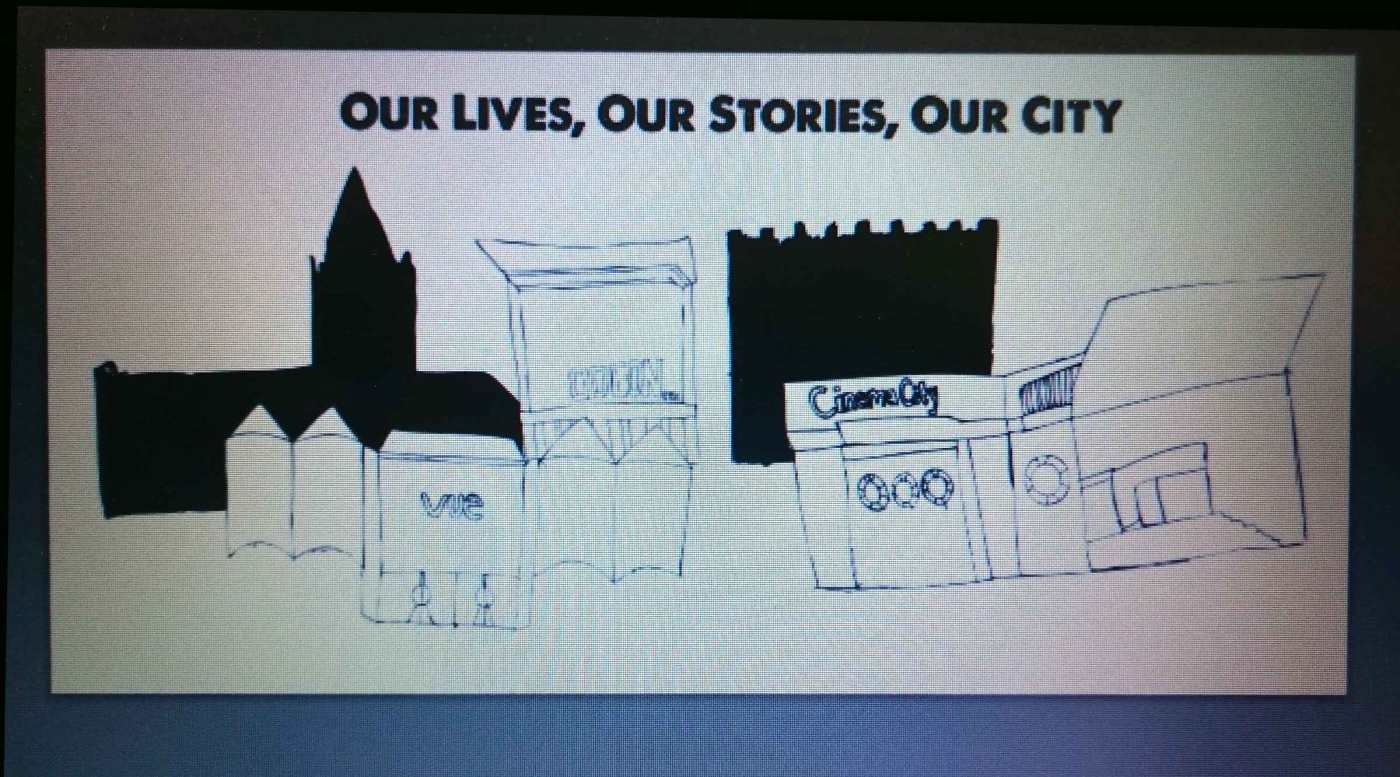 During summer 2016, Dr Jeannette Baxter and Dr Eleni Konidari led a six-week story-telling workshop at New Routes, a Norwich-based integration project that works with refugees and ethnic minority communities, who are often isolated and marginalised. The story-tellers, who were aged between 7 and 15, collectively decided to tell stories about their relationship with the city of Norwich; they named their project: ‘Our Lives, Our Stories, Our City’. Some of the story-tellers had lived in Norwich for a number of years, others only for a few months, but the workshop sessions offered everyone a fun, imaginative and safe space in which to tell stories about their everyday experiences at school, home, the New Routes centre, and those parts of Norwich where they like to go and relax with family and friends.

Each week, the story-tellers experimented with various forms of story-telling, including mime, word association, role play, body mapping, painting and drawing, all of which gave them the opportunity to gain new understanding of themselves, each other, and the city in which they all now live. The workshop sessions also involved short walking tours around familiar and unfamiliar parts of the city, including an afternoon at Norwich’s legal graffiti wall with local artist Sam Harrons. Working with Sam was so much fun that the story-tellers wanted to produce a large-scale graffiti-inspired story for their final project, which meant learning new skills in drawing, stencil-making, and painting. Parts of this graffiti project will be on display at New Routes (Norwich) throughout Black History Month.